London is a vast city of 10 million habitants. It covers an area of 600 square miles, while Paris is squeezed into 40 acres or less than 2% of the size London occupies! You can do plenty of walking and only cover a few square miles in one day. I recommend returning to areas you’ve already been to because more hidden treasures are always waiting for discovery – even days later!

When I mention London to my friend in France, they still have old-fashioned images of the city. First, it’s always cloudy and rainy; second, the food could be better because everyone knows that British people eat nothing but fish and chips and beans on toast! I can assure you these are all misconceptions, though-in the 24 years I’ve lived here (and eaten everything), I’ve noticed a considerable shift in English cuisine. The UK has a delicious food scene. But as we all know, it was not always that way. When the country joined Maastricht Treaty in 1993, European citizens were allowed to come and live there freely, things changed drastically for the better! People introduced cuisines from their own countries. Jaimie Oliver became famous for introducing Italian cuisine on Channel 4 via “The Naked Chef”. Under Eastern and Western influences the food became amazing, Still determining if this will last after Brexit but let’s stay optimistic.

For the past 24 years I have lived here, it rains far less than when I first arrived from Luxembourg. It’s called global warming–whatever that means – but Londoners enjoy milder weather these days! So I hope I have set your hopes again on London. This post will help you to make the most of the Spring season in London.

When Spring is finally here, and it’s time to plan your next visit to London. If it has been a while since you’ve been, this is the perfect season for a trip! In celebration of all things blossoming in London, I wanted to share some favourite places where you can chase the Magnolia, Cherry, Wisteria trees and roses flowers in blossom while they last.

When is the best time of the year to discover London in bloom?

When I first went on my #blossomwatch quest in London at the end of March. I was out on my way to take pictures of cherry trees. But what really caught my eye were these magnificent magnolia flowers that lined the streets by city parks and sidewalks. It was an experience I will never forget. The pink hue all over the houses seemed made them glow from some otherworldly light.

I love this time of year when the city is full of blossoming flowers. Cherry blossom varies, and some trees bloom as early as the end of February or early March. For example, the Sakura cherry blossoms will bloom early. On the other hand, I have seen the famous Cherry tree on Stanley Crescent in Notting Hill in Bloom at the end of March. Then you have another variety of trees called Prunis that will bloom around mid to late April, depending on whether the season is cold or warm. Surprisingly, I saw incredible cherry blossoms while chasing the Wisteria in London end of April. With global warming, it’s challenging to pinpoint exactly how long each tree will bloom, especially if the wind comes into play!

When chasing the cherry blossom, I took the same circuit I chose to pursue after the Magnolia blossom and had this vague feeling of déjà vu. The magnolias were all gone! I wouldn’t have recognised where the street was located: it looked so different from how it used to be when there were still flowers in bloom here- but now, instead? I found pink and white cherry blossoms.

I started in South Kensington and walked to Earls Court, High Street Kensington, to finish in Notting Hill. I used to live in Earls Court when I first moved to London and had my babies. Walking around this area brought back all the memories of spending my summer afternoons in the Holland Park playground, watching one son playing in the sandpit while the other one was asleep in the pushchair. So I’m very attached to these areas in London, it’s the same when everyone moves to a new city. We build new memories which become grounded forever.

When is the best time to chase the wisteria blossom in London?

The month of May is a great time to enjoy the wisteria blooms. They typically start as early as the end of April, depending on how warm and when they peak, primarily on the sun each blossom receives. If you’re looking for your nearest Wisteria trees, Instagram is fantastic way to discover them! The first time I had arrived ten days too early to photograph them, and they looked empty on the wall. The good news is that the Wisteria I encountered seemed less pursued than the cherry blossom. Only one or two influencers were on my way to photograph them, which was a pleasant surprise!

Where should I go to see the Magnolia and Cherry London Blossoms?

If you want to avoid the crowd, get up very early. I used to have these cherry trees all by myself for photographing my favourite ones, like in Stanley Crescent or any other famous ones, but now they’re overly crowded with people taking selfies in front of them.

Where can I see Wisteria in bloom in London?

A walk through London is always a delight. In June, blooms of roses are seen everywhere, showcasing the city’s love for this flower. The most popular places to see these flowers in colour are Regents and Hyde Park, but many other lesser-known gardens also offer a beautiful experience.

-What to see: Explore the different types of roses found at each location and take in the surrounding scenery while you’re there!

-The best time to visit: Is may be until July or September until November (depending on what type of rose you’re looking for).

I have been following the Spring blossom trail this year all over London, and for me, it was extra special because I made a dedicated effort to do so. After spotting Cherry blossoms on my way through town, Magnolia trees, and Wisteria sprouting up everywhere in London, there’s nothing quite like that first whiff of Roses after walking around Regent’s Park or Hyde park – they’re among my favourite flowers too!

Roses are so beautiful and diverse. There are many places across London that have flowers, but if you want to see the most magnificent ones, head out in June when they’ll be at their fullest bloom!

The blossoming flowers should be a sight to see! However, if you are looking for the best place in town, I recommend browsing Instagram. This is where people post pictures of what they have seen and share them with their followers – it will give you an idea of when these beautiful plants start blooming at your local hotspot.

One of the most beautiful places I have seen is Queen Mary’s Rose Garden in Regent’s Park. There were so many varieties of roses that it was hard to make sense of them all until you read their names and found a reason for each one looking as unique as they were. The garden is busiest on weekends. If you want to avoid the crowds, try to come early and check the park opening times.

The Queen Mary’s Garden is only the beginning! When you walk out of it, you will find many other roses bloom in the park

The Rose garden in Hyde Park is more modest but nonetheless beautiful. The display of flowers is more varied at the time of Roses’s blossom. You will find Iris attractive all over.

“I was lucky to see a bunch of white roses in Chelsea but haven’t found many houses with ROSES growing like you would see with cherry and magnolia trees.” Keep going though. Walking in London is like a treasure trove. Let yourself guide by your steps. Keep alert, and you will spot beautiful houses with a whole flower display.

How can I make the most of London’s blooming season for my portrait photoshoot in London?

March and April for the cherry and Magnolia Blossom. The Wisteria will be later in the year, late April to early May, and then the roses in June. I always have my eye on Instagrammers who’ll let me know if a particular street has started blooming, so that gives you an idea as well! To keep updated about what’s blooming, sign-up for my newsletter.

Share in the comments what excites you the most about having a photo shoot in London during the blossoming season? 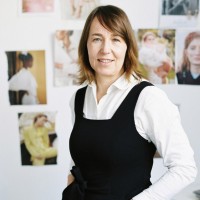 Six clues to help you find your passion

BEHIND THE SCENES ON A COUPLE PHOTO SHOOT IN LONDON

How to make the most of 48 Hours In Napoli Italy: A Travel Guide In The Most Epic City Ever